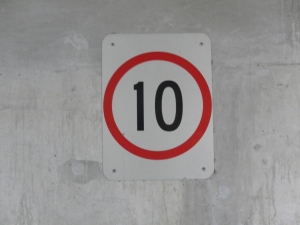 Throughout November, Positive Words magazine will be celebrating TEN years of publication and I will post a prompt on the ten theme every day.

Because readers, subscribers and contributors are all so far away, the wild celebrations will be limited to me sipping coffee (or tea!) and reading all the wonderful emails, letters and submissions you’ve sent.

And . . . perhaps I’ll make a cake on the weekend to share with Rod. I’m sure he won’t complain 🙂

Just a reminder – today is the last day to mail your entries in the Positive Words End-of-Year Short Story and Poetry Competition and for the October Mini-competition featuring the word ARROW.

Entries are disappointingly down this year in the End-of-Year Competition – I was hoping for a record number to celebrate TEN years of publication. BUT…as long as you post before midnight, you still have a chance 🙂 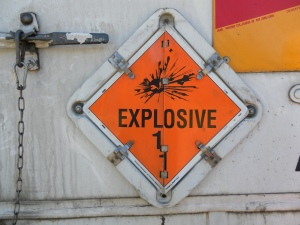 A few years ago a regular PW contributor wrote and told me about National Novel Writing Month (NaNoWriMo) which involves thousands of people from all over the world attempting to write a novel (50,000 words) during November.

I had never heard of it before and only gave the website a brief look as I was busy with other projects, not very internet savvy and a little suspicious when it came to joining websites. Since then, I’ve become much braver and, of course, I’ve even started blogging!

So I had a good look at the website a few months ago and began reading comments from experienced participants and new, on their site and on blogs. Suspicions all gone, my only concerns were my workload and self-doubt. I changed my mind a hundred (give or take one or two) times over the past few weeks but eventually the for list grew longer than the against. Especially when they took my favourite television program off air Monday to Friday (Bargain Hunt)…that meant five hours a week I could hunt for inspiration and motivation. A good start, but if anyone from Seven Two is reading this, please bring Bargain Hunt back in December!

After signing up I felt good…that lovely feeling of anticipation you get when the time feels just right. Let’s hope it stays with me for the next thirty days!

Moving into the house last November after two years in the shed, broke my semi-regular writing habit and I haven’t completed any short stories, very few poems or added to my novels-in-progress since. Of course, I have written a monthly editorial for PW, hundreds of response letters and emails and this blog but I really need to get back to my own writing.

On the against side the voice kept telling me I should finish my other novels before embarking on a new one but I read a post from a fellow blogger who said NaNoWriMo was a great way to get organised and prioritise. So I’m beginning from scratch with a new plot, a few notes, a start, middle and end in mind but no serious plan. When I was in High School we were always told to do a writing plan for our stories and my teacher told me my writing would be much better for it. I found writing plans boring; I just wanted to get on with the stories, so to satisfy her I wrote my ‘plan’ after I finished my stories and submitted them for marking. Result: happy teacher who said she could see a big improvement in my writing and happy Sandra-the-Rebel who still did it her way! To this day I still think we all work in different ways and should follow whichever way works best for ourselves. (But be open to change and other ideas!) I do often scribble down lots of notes, a kind of messy plan, not as structured as many people who work with firm ideas of chapters etc., and the notes are very necessary as my memory often fails me!

My other reason for embarking on this quest (madness) is to road test it for all the Positive Words readers who, like me, may have wondered about NaNoWriMo and whether they should give it a try. Or haven’t heard of it but could be interested. I’m going to keep a bit of a diary about my thoughts along the way and will do a full summary at the end.

If you’re attempting NaNoWriMo this year, let me know. Perhaps we can be writing buddies 🙂

He/she doesn’t look impressed but I’m not surprised . . . I almost stepped on him on my way to feed the chooks! Later, Rod found some babies under a nearby pile of pine posts he was using to build a fence. They are harmless but a little frightening when you come across one unexpectedly, in that second before you establish that it isn’t a Joe Blake!

Rain or shine . . . only one day left to post your ARROW stories and poems for the October Mini-competition (see here –  mini themes 2012 )

AND . . .your entries in the Positive Words End-of-Year Short Story and Poetry Competition entry form-2012

Thank you everyone for the support – it really does help keep the magazine going and continue to provide an opportunity for publication for writers!

An unusual place to find one of our famous Melbourne trams . . . on a small acreage not far from here.

What will this week bring?

positivewordsmagazine
Create a free website or blog at WordPress.com.